Half-term fun coming up at Leicester’s libraries and museums 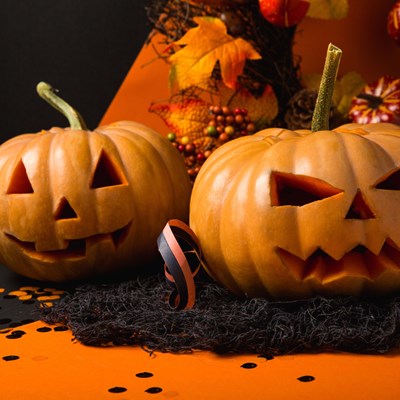 FAMILIES looking for a low-cost day out this half-term should make a beeline for Leicester’s libraries and museums.

The chance to make a Diwa lamp from salt dough, or to learn the steps to Michael Jackson’s ‘Thriller’, are just two of the Diwali and Halloween-themed activities taking place at sites across the city.

At Beaumont Leys Library, youngsters can look for hidden pumpkins in a Halloween Treasure Hunt, every day from Saturday (15 October) until 22 October.

The library will also host a Halloween Craft Day on Tuesday (18 October), with free craft activities for those aged 5+ from 2pm-3.30pm.

A bulb-planting session on Thursday (20 October) from 11am-12 noon, led by the Conservation Volunteers, will encourage children aged 3+ to plant bulbs and help get Beaumont Leys Library ready for spring.

There’s a series of Halloween Workshops at the Brite Centre in Braunstone this half-term, starting on Saturday (15 October). Children can get creative and make Halloween hats, spooky spiders and their own costume designs. The workshop runs from 12 noon until 3pm and will be repeated on 18,19, 20, and 22 October.

Also at the Brite Centre is the chance to learn the dance steps to Michael Jackson’s ‘Thriller’ routine. Aimed at ages 5-10, the dance workshop is free to attend but places must be booked in advance. The session runs from 1.30pm-2.15pm on Saturday 22 October. Call the Brite Centre on 0116 299 5476 to book your place.

There’s lots going on at local libraries on Tuesday (18 October). St Barnabas Library will have free craft activities from 1pm-3pm, while Highfields Library is inviting youngsters to make their own decorative test tube shaker from 11am-2pm. Children aged 4+ can make a greetings card or decorate a Rajasthani umbrella at Westcotes Library from 10am to 1pm, and there’s lots of Diwali-themed fun at Belgrave Library from 1pm-4pm. Those aged 5-12 can make a Diwa lamp from salt dough, design a Rangoli pattern or create their very own mask.

Fosse Library will be inviting children to make spooky pumpkins from 11am-2pm on Wednesday (19 October), while Aylestone Library has adopted an environmental theme for half-term.

Youngsters can enjoy wildlife-themed activities and listen to stories about otters, bats and kingfishers from 10am until 1pm on Wednesday (19th). There will also be a wildlife walk to the local Washbrook at 10am. More information is available at halftermwildlife.eventbrite.co.uk

Activity tables, with craft materials and glue sticks, will be available all week at the Knighton and Pork Pie libraries.

Leicester’s museums are heading for the city centre for half-term, with a special pop-up museum opening at the Haymarket shopping centre on Tuesday (18 October).

Adopting the theme of ‘climate change’, the pop-up museum will include an interactive game that highlights the seriousness of global warming.

Find the pop-up museum on the ground floor of the shopping centre from 10am-3pm until Friday 21 October.

It’s the last chance of 2022 to have a ride on the narrow gauge railway at Abbey Pumping Station on Tuesday (18 October), with ‘Peter’ – the diesel locomotive – providing rides from 12 noon. Tickets are just 50p (cash only). Young visitors can also have fun in the pumping station’s playground, while grown-ups can enjoy a cup of tea from the pop-up café.

Leicester’s most haunted hall – the Guildhall – embraces the Halloween theme with a Witches and Wizards day on Thursday (20 October). A small charge of £3 applies for craft activities, which include making a witch’s hat and creating a book of spells. Children are encouraged to come to the event in Halloween costumes.

Youngsters who like to draw can enjoy being creative in Leicester Museum’s Dinosaur Gallery on Sunday 23 October. A small charge of £1 will be made for Dino Doodle Day, which runs from 11am-3pm.

Visitors to Leicester Museum can also enjoy the spectacle of 10 colourful globes, brought together in one place to mark Black History Month. The globes are part of a national project called The World Reimagined and will be displayed outside Leicester Museum until 31 October.

Helping families get around this half-term is a new, low-cost family bus ticket that’s valid on all Arriva, Centrebus, First, Kinchbus, Stagecoach and Vectare buses in Leicester. The ticket will be launched on Saturday (15 October), offering a day’s unlimited travel for up to two adults and three children.

The Family Flexi Day Ticket is available for £8 during half-term and all other school holidays, helping to make a trip to the city centre, an afternoon at one of Leicester’s museums or a visit to family on the other side of the city a little more affordable.

For more ideas for half-term fun in Leicester, go to visitleicester.info